Is It Fair To Expect This Much From Celebrities? – Dr. Medhavi Jain
Skip to content Skip to sidebar Skip to footer

Is It Fair To Expect This Much From Celebrities? 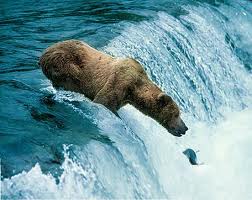 This question has been bothering me since long. When someone from a family has some special, unique talent & gets famous; why everybody forgets that he is also a human being & not a super hero. Why people start expecting everything extraordinary from him.
For example let’s take Gandhi Ji’s life. I didn’t know about his son till I watched the movie -“My Father Gandhi”, in which they have shown how Gandhi Ji’s son was not as talented as his father and how Gandhi Ji couldn’t help him achieving something bigger in life. And because Gandhi Ji was one of the most influential leader of that time, all the blame was on him that why he didn’t do something for his son? Why is it expected from a celebrity kid  to be like his parents? Why can’t they just be a common man?
Here comes a question why if an ordinary man’s son doesn’t turn out to be successful in life, no one even notices it. Yes, of course that child has to go through a lot of criticism from his family & society; but no one raises a finger on his parents. Some people talk about destiny also, that no one can conquer destiny. It’s agreeable.
Otherwise also all the philosophers & intellectuals say that each child has his own personality and we should just let him be. Then why things change when it comes to celebrities? Why this blame game starts & expectations raise?
On the contrary if a celebrity’s child too gets famous then also people won’t leave him, then they say, “look! He got famous because of his father. He got this fame served on a platter”.  Why can’t we understand that everybody has their own struggle & obstacles?
I remember an incident, last year me & my daughter were shopping at Janpath in Delhi. We were at a small shop & looking for sunglasses. That shopkeeper was promoting a particular design saying that Amitabh Bachchan has wore that in movies. And then out of nowhere he started to criticise Abhishek Bachchan, ” Usko to kuchh aata jata hai nahin, apne pitaji ki kamaai par aish kar raha hai.” ( He doesn’t know anything, he is just enjoying his father’s wealth)
We were shocked to hear this! I said, ” nahin bhaiyya aisa nahin hai, vo bhi achha star hai”. ( it’s not like that brother, he is also a good star)
But that shopkeeper was kind of anti Junior Bachchan. We let out a sigh & moved ahead thinking it’s not easy to make people understand. But I kept thinking the reason behind this. Why our society is like this? What do we want? Why won’t we just let others be? Why do we always have to comment on either side of the coin? Is it our own frustration or is it excess of democracy?
Things need a rethink. We have to dream for an intellectual India, where everybody would think before commenting on anybody’s circumstances.
Where people would speak sensibly, emotionally, heartily…
But the way our gossip columns and programmes are  increasing in our newspapers & TV channels, it seems a tough job.
What do you think?
Thank you for your time buddies.
Have a thoughtful weekend ahead!!!
Medhavi 🙂

It’s About The Inner Conflict

Quote of the Day