When I met a Russian Jain Scholar Dr. Natalia Zheleznova 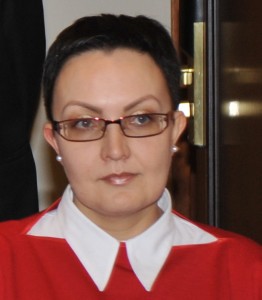 When I talked to her on phone I imagined a foreigner in simple Indian clothes and as soon as I met her I realized I was right. When I asked how did you come into Jain philosophy; she replied, “When I was fourteen, there was a chapter of Indian philosophy in my course book, out of which there was even a smaller section of Jainism, which attracted me.” And I assumed the rest are the consequences.”

Let me tell you a little about her: She knows eight languages including Hindi, English, Prakrit & Sanskrit. She has translated many Jain scriptures from Prakrit to Russian. Samaya-saar, Pravachana-saar, Niyama-saar & Panchastikaya-saar to name a few. There are many Jain scriptures lying in the libraries of universities through out Europe, because of her efforts. Currently she is a professor in Moscow University.
When I asked her curiously that people always say that one can’t survive without eating meat & vodka in that bone chilling cold (-20 degrees), she replied smilingly in hindi,” ye sab to bahane hain.”
She keeps coming to India to gain more & more knowledge. She is a bachelor, cooks her meal herself & eats before sunset.
Almost all of our conversation was in Hindi. My best regards to a personality like hers & a salute to her work. Indeed she is doing a commendable work.

Professor M. L. Jain: Besides Natalia I met another personality; a retired Economics professor from DU. Who is now working in the same field. They both were concerned that nowadays people are following religion blindly, ignoring the knowledgeable core. Neither do they want to be aware. They want to follow a religion which has been oozed out from their own personal interests & ignorance.
Professor Jain keeps collecting books on Jainism. The extent is that that he buys all the second hand books on Jainism, from kabariwallas. Hence he has a good collection of some of the rare books. He even gave me few.
Indeed the talks are endless. Most probably I’ll be honored again to meet them again & this time as their host, to have another healthy discussion. Afterwards I will write the second part of this write-up.

Thanks to Mr. Anil Jain (from Speaking Tree) for letting me know about her presence in Delhi.
To know more about Natalia please visit http://eng.iph.ras.ru/zheleznova.htm

Thank you friends & have a great day!!!
Medhavi 🙂

The Road Less Traveled- A Poem For Teenagers