Road Rage… Where Are We Heading? 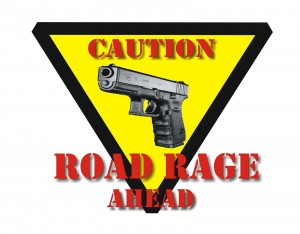 Incidents of road rage are increasing speedily. Do you think now is the time that we should analyze our behavior? Here I’m sharing two incidents, which have recently faced by our drivers and because they both were aged & vulnerable, the other person slapped them too.

–       Yesterday morning our driver Awwal Singh was going to drop my daughter to school. As they were about to turn right at a T-point, a bike was coming from the opposite direction. And as my daughter told me later that the driver had already stopped the car to let the biker pass and there was enough space for him to cross. But somehow he got confused, lost his balance, banged into the car & got hurt. Our driver got down from the car to check on that guy and while they were talking; a stranger, who had nothing to do with that incident came & slapped our driver hard, considering that it was his mistake. I don’t know why he did that? Because that driver is aged & has a lean physique that man must have thought this is the right time to take my frustration out, as the owner of the car is also not around. WHY?

–       The other incident happened few months back when the other driver Keshav stopped the car in a hurry (due to some reason), a biker was coming from behind & he stopped his bike with a jerk, so a minor accident was prevented, otherwise he would have banged into the car. But he got so pissed off by this incident that he got down from his bike & slapped the driver hard. Let me tell you that the driver is around 50 years & that biker was around 25 years of age. WHY?

These two are just minor incidents of our roads. We all know & keep reading the major ones in the newspapers, where taking one’s life over road rage is not a big deal.

Why we become so hyper, short tempered, ready to use bad words & fight while we drive on our roads. WHY?

When we go to European countries as tourists, have we observed the behavior of people over there? They are so gentle, humble, soft spoken & smiling that we can learn a lot. When someone crosses the road in Switzerland, people stop their cars at a distance of 50 meters at least & that’s not all they look at you, smile & signal you to cross first.

And we all know what happens here…

So, what is the point? Are we the citizens of the world’s oldest civilization? Are we living in a spiritual India, where every year millions of people come to search for peace?

Are we forgetting our basic etiquettes in the race of becoming corporates? Why are we always ready to pounce on anyone?

In short, where are we heading???

Do give me your valuable views.

Have a great day.