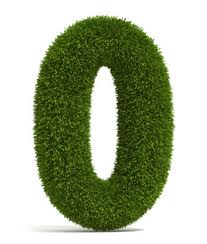 Mathematics is beautiful! I know I have a phobia of this subject but still I admit that it’s beautiful. And now when I am into poetry & write a lot about the universe; I admire it even more. It’s a universal subject, it is there for everyone. It gives us a door to infinite imaginations. We can accumulate the whole universe in its ten digits (0-9) only.
Surprisingly I did a little search on it & found some great sayings by some great personalities on Wikipedia. Sharing a few:

Galileo Galilei (1564–1642) said, “The universe cannot be read until we have learned the language and become familiar with the characters in which it is written. It is written in mathematical language, and the letters are triangles, circles and other geometrical figures, without which means it is humanly impossible to comprehend a single word. Without these, one is wandering about in a dark labyrinth.”

French mathematician Claire Voisin states “There is creative drive in mathematics, it’s all about movement trying to express itself.”

Isn’t it amazing! Mathematics teaches us about different combinations, about increasing, decreasing and about staying neutral. To add on, to minus and again to achieve a neutral state which is zero. Whatever is on this side of a zero; exactly the same is on the other side. Then who is the hero? For me zero is the hero. A stage where we can stay neutral or equal, in every situation, in every circumstance. In real life also a person can be either intensely negative or immensely positive, but in each case we accumulating karma, gaining or loosing something. But to attain the state of “ZERO”, is the purpose of our lives. Where there is no baggage, just lightness, equanimity & bliss….

Come let’s be a zero. The Zero…

Thank you for your valuable time friends.

Have a blissful day ahead!!!