Is It Fair To Hate Ravana This Much? – Dr. Medhavi Jain
Skip to content Skip to sidebar Skip to footer

Is It Fair To Hate Ravana This Much? 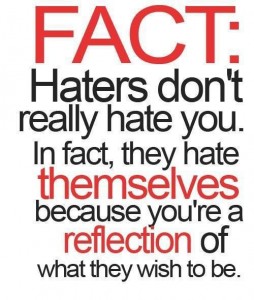 Why do we hate Ravana so much? Yes, we all know because he abducted our favourite king Rama’s beloved wife lady Sita. He did so because Lakshman cut off the ears & nose of Suparnika (Ravana’s dear younger sister). Whatever were the reasons of Lakshman’s & Suparnika’s arguments but did Lakshman proved himself to be a true Kshatriya? Wasn’t that possible to sort it out through talks? Hence Ravana was angry & for the sake of taking revenge from Rama & Lakshman, he abducted Sita. Here please note that he never touched Sita, not even once, he wanted to marry her & make her his queen.
I don’t know how much of us know that Ravana is famous for his penance & knowledge too. I did a little search on him and found a Srilankan website where they have mentioned the merits & demerits of Ravana, unbiasedly. Sharing some lines from it:
Rawana was a globally reputed and valued great intellectual. He was the author of many books. However, parts of few books are found. They are the Samaveda, Nadi Prakasha, Kumara Tantra, Uddisha Tantra, Prakrurtha Kamadhenu, and Sivathandawa Sthothra and the Ayurvedic book ‘Arka Prakasha’. His superior acquaintance in Sanskrit can be evaluated from Sivathandawa Sthothra and further he was a proficient Ayurvedic Physician.  The art of distilling of Arka and the preparation of Asawa was his invention states Ayurvedic history. He invented the ‘Varuni’ machine to brew Arka. Rawana was the founder of SINDHURAM medicine. These medicine cured wounds instantly.  He was known as Vaidya Shiromani as he rendered valuable service to Ayurveda. He was a divine pharmacologist and a Dhayana yogi”. Rawana is the historical King of Heladiva.
The Tamil Nadu countryside is exposed to folk forms that celebrate Rawana as a hero and Rama as the villain who treated women unfairly. Many Tamils know the Ramayana know it through its Tamil version, the Kamban Ramayanam. In it, Rawana is highly venerated as a Vedic scholar, an expert of music, a warrior—as an embodiment of everything moral. In short, Rawana is a tragic hero, not a villain.
Taken from http://www.ramayanaresearch.com/

In Jaina scriptures too it has been mentioned that in the coming era of time, Ravana is going to be one of the twenty four Tirthankaras. But why do we always pay attention to someone’s demerits only. He too was a human who couldn’t handle his knowledge & hence surrendered in front of the ego, like many other humans. But we can’t ignore Rama’s & Lakshmana’s weaknesses too. We always forget that its not about the physical appearance or identity, it’s about the merits & demerits.
Just think is it right to burn someone’s puppet every year & celebrate it as a festival? Not for Ravana’s sake, but for our own healthy mind & thoughtfulness?
Rather we should make something which depicts the demerits of each one of us & should try to kill them. And not only to show off, but truly, internally.
Happy Dusshera friends.
Have a great week ahead!!!
Medhavi 🙂