Get Hope From Illusions… – Dr. Medhavi Jain
Skip to content Skip to sidebar Skip to footer

Get Hope From Illusions… 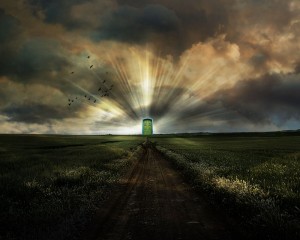 The more we go deeper to find the ultimate truth, the more we find it an illusion.
The smallest indivisible particle is called an atom, but it is made up of what? And what is beyond that?
Similarly, there is the smallest indivisible part of space & time also, then what is beyond that? And what are they made up of?
Does a whole new universe lies beyond that? Illusion, illusion & more illusion. Are we living in just one universe at a time or there exist many universes simultaneously? And we are living in all of them, at the same time? Without even knowing. This is weird & sometimes scary. But the truth is we are far far away from reality, from the truth.
A person who is hard-worker but still a failure, due to his destiny or whatever may have been praised in some other part of the universe.  And because he is unaware of those realms, he feels demotivated. I think friends if we have some qualities in us, qualities not of some greatness or magnificence, but  simple moral qualities like honesty, truthfulness, good character, trustworthiness etc. it means we setting an example for many, well may be not here, but in other worlds of the universe. Who knows?
So, we should never loose hope. The only thing is; we are unable to see them through our eyes. But of course we can see them through our inner imaginary eyes.
Just try to imagine yourself as a hero, whose example is being given in front of many people, who don’t belong to this world. It will give you hope tremendously. So, loosing hope is no way.
Thanks for reading this buddies.
Have an amazing day ahead!!!
Medhavi 🙂

A Conversation Between Me & A Higher Me