Do you think too that time has a start? 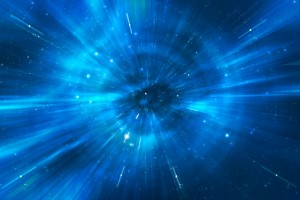 I find it really funny when scientists say that the time came into existence at the time of big bang (though this theory seems imaginary too). How childish? How can it be? They say time started just then and there only. How come?
It means if it has started, it must end also? On the contrary we say every incident exists because we exist. Then according to their theory at the time of big bang obviously no human was there. Then how can they state, the time started from that point? If human came into existence much later, how can he be so sure of the origin of the universe, earth or solar system or time?
Ok, forget about the big bang theory but if they would have been said or believed that time is eternal and it was obviously there before the creation and is going to be there after the destruction too, then it could have been still be digestible. Because it’s a dimension in which incidents happen. Then why think about those incidents only which we think may have occurred? Obviously incidents must have been used to occur before the big bang too. If only they would give permission to their brains to think so? Wouldn’t those incidents would have been occurred in the dimension of time and space?
If we are in search of truth, we should study a lot but at the same time we must never ever let that study take over our own logical thinking, our inner voice; which raises genuine, unbiased questions.
Hope I’ve clarified what I wanted to say?
Thanks for your time friends.
Have a pleasant evening ahead!!!
Medhavi 🙂