Go Green… Excuse Me… Is It A Joke? – Dr. Medhavi Jain
Skip to content Skip to sidebar Skip to footer

Go Green… Excuse Me… Is It A Joke? 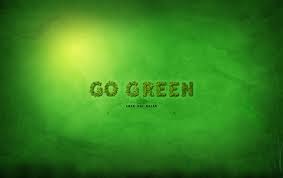 Science talks about big things, about exploring the universe, the planets, the stars, the moons, the suns etc. No one is sure about its discoveries; in fact they are still discovering new things even on their own planet earth. Obviously their hard work deserves a salute. But why science is not ready to concentrate on tiny but equally important things like feelings & emotions, which are the most important part of humanity. Of course they talk about humanity, but they are unable to elaborate it. According the science humanity is meant for humans only. That’s why they have ignored all the other creatures on earth. And as humans are the most powerful creatures; they have the right to do whatever they think is right. And to prove themselves right they don’t hesitate to sacrifice innocent animals for their food, experiments, clothing, accessories etc.

When we talk about saving our planet; the funniest thing I found is non-vegetarianism. On one hand they talk about humanity, spirituality while on the other they eat animals. Does humanity teaches us to be cruel to those creatures who are, right now, helpless in front of our power?

And nowadays everybody is concerned about earth’s rising temperature; they are spreading the message of GO GREEN. What does go green means? Oh yes! It means we should save energy by using lesser electricity, adopting the ways of constructing buildings which are eco friendly and so on…

But what about non-vegetarianism? Is it green or red? Red with the blood of animals.

Few months back I read in a newspaper that the energy released in cooking 1kg. of meat is sufficient enough to run a SUV car for 64 kms.  (Actual figure may differ)

Then why doesn’t anybody pay attention to this? If we connect this go green thing with spirituality, don’t you think the pain we are giving to someone, whether human or animal is going to return to us only? The law of Karma, what goes around comes around?

Because we are the most powerful ones, the laws are also according to us. According to which if a human kills a human, it’s a crime. Okay, but what if a human kills an animal? Is it not a crime? We are totally unaware about how many laws we are breaking of the animal kingdom, of nature & of the universe? And still we call ourselves the most developed & intelligent species.

In the race of science & modernism we have broken many rules of this cosmos. And when nature gets angry & punishes us for our mistakes we run into the shelter of religion like an insecure child looking for his mother. At that time we forget science.

Thank you for your time friends.

Have a green day ahead!!!