The Avicii Concert and Some Observations 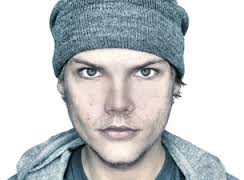 On December 8th, 2013, we went to the Avicii concert held in Buddha International Circuit, Greater Noida. It is a huge place and can accommodate thousands of people at once.
Avicii is a world famous DJ, record producer and remixer, who is famous for his EDM ( electronic dance music) too, especially among teenagers. And as we have two teenagers kids,we (me & my husband) accompanied them.
I, too, love his music but the concerts are not meant for us, obviously. So, we were the observers. And surprisingly I observed many shocking things that night. Going to share them all.
–  I saw a boy aged around 18 years, so heavily drunk that he was unable to stand on his legs, was smoking too. First he puked and then he lost his consciousness, he was still puking while lying on the floor. The show was just started and Avicii didn’t arrive till then. I felt pity for that child.
– I saw many boys around 15 years of age, smoking. And analysed that they smoke and drink, to look cool. Funnily, it’s kind of a status symbol for them.
– I saw many people like us who were accompanying their children, as they also know that the time is not right.
– I saw a girl who was completely knocked out by alcohol, her trousers were missing and she was sitting in the middle of the ground with her head hung down. His male friend was supporting her by holding her between his legs. People from the First-aid kiosk came with a wheel chair, picked her up, put her in to that and left.
Now I got the relevance of first aid kiosks there.
– I saw a boy and a girl kissing badly and thought how badly influenced is the youth by media and movies. As if they came there for this only.
– Some youths were really sensible, who genuinely came there to enjoy Avicii’s  music.
– Every person was smoking and drinking, it was a venue open to the sky but still standing amidst the crowd was suffocating.
– I observed the half moon, who was silently observing the crowd from up above, as always. As if he knows everything but knows how to stay indifferent.
– I thought a crowd holds the power. It can do good as well as bad because it doesn’t use its brain.
– I thought of Avicii’s state of mind who is just 24 years of age and has the capability to attract millions of people around the world, through his music.
Who was there, on the stage, for two hours and all he said was, ‘Thank you Delhi’.
– I thought the truly successful people in the world are those who enjoy their work the most. Who have found their meaning in life. Who stay honest to themselves and express themselves from the core of their hearts.
– That in India men think that the women, modelling for any particular product, are available for everything.
It was a nice experience over-all. Youths have this energy in them which can transform the world. Only thing is they just need to be on the right path and utilise their energy.
Thanks friends. Happy evening and a pleasant sunday ahead!!!
Medhavi 🙂

When I Got A Call From Mom…