It’s About The Inner Conflict 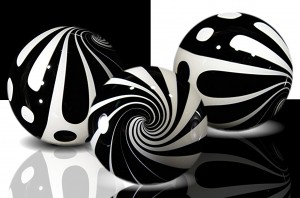 When a nation quarrels, it divides into two. They were quarrelling perhaps due to two different religions. Now they are two nations, following their own religions, they must be happy now! But unfortunately still they are in dispute. They start dividing their religion further. Half are following the first preacher and the other halves, the other one. You may think at least now they must be satisfied. But again in those two categories of people, many have conflicts. So, they again start to fight because each wants to impose his thoughts forcefully on the others. Still, the situation remains the same, worst perhaps.
The dissatisfaction keeps increasing, the disputes keep growing… Now the intoxicated power has come into being too. Quarrels have become bigger, people are getting killed, families continue to destroy, children keep losing their fathers and with each passing time, the division increases.
Boundaries are drawn, distances increase and in between all these egoistic traumas the concept of God, search for the truth is lost. Of course people would be running after peace, they would keep searching for silence. But they would never peep into their own conscience. Killings would keep increasing, unhappiness would keep stepping-up.
Because the real conflict lies nowhere but within,
Peace lies within,
God is there, within.

Thank you for your time friends. Have a peaceful day ahead!!!
Medhavi

My Second Public Speech on Yoga